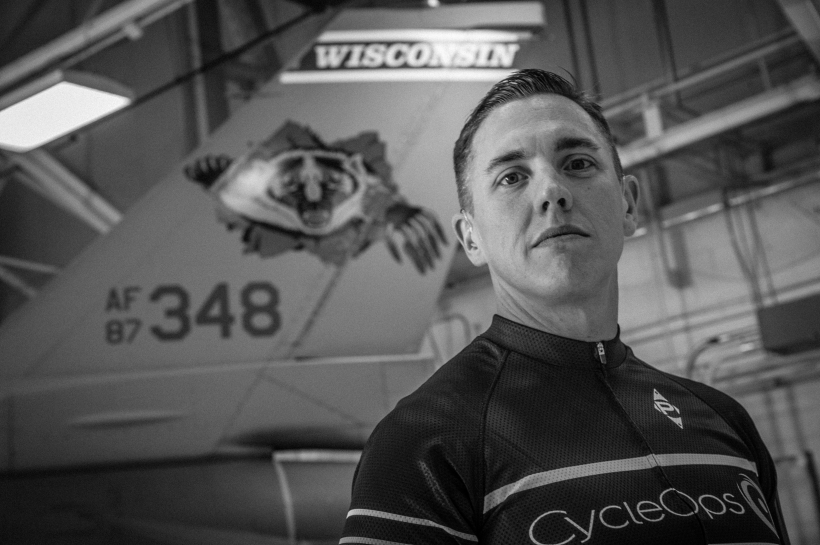 Let me tell you about who I am so you can get to know me, the man behind the blog. I find helping others to be meaningful and my life’s purpose.

Hello, my name is Jason Madaus. I would like to start off by saying thank you for coming to read my blog page.  This being my 1st blog in our journey forward, I thought it would be best of you could get to know me, the person behind the blog.

I am a husband, father of two, son, brother, uncle, friend, triathlete and all around person that loves to just be able to connect with others learn about them, help them whether it be an ear for listening, advice to be able to overcome something, and absolutely always for them to see the best in themselves with positive thinking patterns and knowing that they can accomplish absolutely anything they put their minds to.

I have had a good life as I grew up, especially because of a great Mom, Dad and entire family that has always been there for me and encouraged me in whatever I set my mind to. For this reason, I know I was able to get my drive and dedication to everything in life. Anything I set out to do, I will do it and will not quit it. From day one, I have known and been taught, don’t take things for granted (of course we all need little reminders and my military career gave me a big one which I will discuss further into this). But I have a sister that has taught me so many lessons as she has gone through life as the biggest fighter I know. If life could throw a curve ball at her, it has, and she keeps knocking it out of the park and striving to do her best. Who knew they could learn so much from their little sister.

By the time I was 17 I had decided to join the military. Again, my family was very supportive of this. I joined the United States Army Reserves. Tried many times after to go Active, and that chance came in early 2003 when I was mobilized for deployment to Iraq serving under Operation Iraqi Freedom while I was there.

It was going to be a short 6 month tour we thought, if not shorter….but things changed while we were there and our unit got extended out. On 25 December 2003, yes Christmas Day I was Wounded in Action (WIA) by a 120 millimeter mortar. This is the day that changed my life forever, and now that I look back, it may have brought many rough times for me, but it has made my life that much better for enduring what I had and overcoming those challenges that the injuries had brought with them.

Before going to Iraq, and even in Iraq using old tank parts, all I wanted to do for fitness is to be in the weight room. That Christmas night, brought many ongoing injuries. These included lots of back pain which at the time no one could figure out. Also Post Traumatic Stress Disorder (PTSD), hearing loss resulting in hearing aids at the age of 24, and a host of other issues to go along with these things. With all of this, I returned home and just never could find the love of the weight room again.

I ended up gaining a ton of weight, all the way up to about 270 (from about 180 before Iraq) and none of the pain medication would work. So, I went from wanting to do 20+ years in the military, to calling it quits as soon as my 8 year contract was up in 2005. And then back to school I went because even the job I had before Iraq, I could no longer do since the pain worsened from the job in the printing industry, so back to school full time, while still holding a full time job and raising a family. I was married at the time, and my children gave me the drive to excel in life and not live in the past from that day. I went and eventually was able to complete not only my associate’s degree, but also then a bachelor’s degree in the information technology field. While doing this, they were finally able to figure out the pain I could not stop having, I had nerve damage. I now get my nerve endings burned (Radiofrequency Ablation or RFA) about every 6 – 8 months which gives me pain free time after this until they start back and then time to go back in. All the while, no medication is needed for it.

Since that point, I did end up going through a divorce, but then I found great people I was able to talk to, other veterans through a community called Iraq and Afghanistan Veterans of America. So many friends came out of that community, including my wife and daughter!!! When there is a lot seeming to go wrong, you always have to remember, there is a plan for everything, and this was for me, to bring my family together. My wife, son and daughter and doing as much in life as possible to live it to its fullest. Before I finished my Bachelor’s degree I also was able to obtain a great job with the Department of Veteran’s Affairs in their Information Technology Department as a tech and since got on a Security Management Division team that is now Enterprise wide.

I knew I had to do something still though. I was unhappy with how out of shape I had gotten. I did not have the energy to get out and enjoy life with my kids nearly enough and there was so much ahead that I needed to be around for. So I got a Fitbit from the money my Grandpa had given me for Christmas in 2011. This was received at Thanksgiving time, so the day after Thanksgiving I did not wait any more. I got out and started running, if you can call it that. I could not run a block and always hated running before Iraq….I did just enough to be able to do well in the 2 mile physical training (PT) test. However, something changed and it became something I LOVE and I could just let everything on my mind, all the memories and such go, it was my freedom and way to clear my head. After every run I felt better, stronger, more fit, and kept loosing that unwanted weight. I hold steady now about 70 pounds down from my high, sometimes a little more during race season even. By April 2012 I did my first half marathon in 1 hour and 53 minutes and then in October 2012 my first full marathon in 4 hours and 5 minutes even with about 2000+ feet of elevation. Well, one thing lead to the next and I started adding in biking and swimming. As I progressed I even got to learn about this incredible organization called myTeam Triumph and I did some races with them where I was a captain and myself and a couple other Captains would team up and make it possible for our Angel to be able to get out there and race also since without us they would not be able to do this. These races, and the couple races I have done that I was able to guide a visually impaired athlete have still been the ones that mean the most to me as I think of them as I was doing them for a greater purpose than that clock at the finish line. Then I eventually got hooked on Triathlons from watching friends, especially many friends with Team Red, White and Blue (Team RWB).

I started with my first triathlon, a sprint tri, in September of 2013, and that got me hooked. In 2014 I did a few races and had my first coach, but my A races were my first Half Ironman and then a second and finally my first Olympic distance triathlon. My first half was the Dells Rev 3 (same location as my first marathon). I finished in 6:27. A month later I did my second, Ironman 70.3 Racine and finished that in 5:41:34. Since then, I started getting some personal sponsorships and have even changed coaches to keep trying to push myself to that next level. I went on to doing 2 more half Ironman Races (Muncie and Steelhead) in 2015 and my first full Ironman which was Ironman Wisconsin with a finishing time of 12:27:12. Then in 2016, I was brought on to an amazing race team called Big Sexy Racing.  And I actually get the privilege to race with them for the second year in a row now in 2017.  But anyways, in 2016, I again raced at Muncie and Steelhead for the halves, and then also Ironman Miami 70.3 for a destination race. I am so proud of where I have come and have a personal best half Ironman finish time of 5:19:43. I continue now to strive to keep getting better. This year I again have a couple halves planed (Chattanooga and Ironman Wisconsin halves), another full, Ironman Wisconsin again, and even going to sign up for a sprint try with myTeam Triumph, my first tri with them ever. Of course some other small running races too….

This is my way to not only keep fit, but also keep my mind strong, clear, doing what I love surrounded by a crowd I love and also be a positive role model for my children. Although my career is a great one, I have had a passion in life to help others. Back when I was in the weight room lifting, I wanted to do personal training. Now that I am in triathlons, have thought about Tri Coaching, however what my mind keeps going to is Life Coaching to be able to help motivated individuals achieve greatness that they know they are capable of, but may need a little assistance in realizing it or the best path to get there. This is my dream, and I am making it a reality now as I open a business for it.

I am more of just an average guy but I give everything I have in everything I do and love. Family comes first and training is right there with it as I will do my training at all hours of the day to be able to keep my family time available too. As I go, I love pushing myself to new limits every single day, however when it comes to racing it is those races that I am a guide or I am a Captain for one of the Angels to finish a race that are more important to me since they have such a greater meaning behind them and a much bigger purpose. I feel me heading back towards those more to be able to get that feeling much more often.

I look forward to life going forward as I help others achieve their goals and dreams which in turn will also have me doing the exact same in my own life along with showing my children what is so important in life.  As we continue to go forward, not only will I be blogging here on this site, you can also see my public figure page, Jason Madaus, and I hope we can touch base, chat and maybe I too can help you advance in your future goals, dreams and positive thinking!

Until then, continue being the awesome person you are!

This is a text widget, which allows you to add text or HTML to your sidebar. You can use them to display text, links, images, HTML, or a combination of these. Edit them in the Widget section of the Customizer.